3 Reasons Everyone Should Learn History Before Traveling

Part of my philosophy in engaging with culture as a part of responsible travel is that learning is an important part of the journey. I blame my study abroad program. They forced it on me and made learning about history, politics, and current events fun. What the heck.

If you’re someone who knows you don’t like history, I totally get it. I promise–ask the high school me about those things and she’d never believe that she’d one day find them interesting. (Also, you’d probably get an eye roll if you asked that question. Watch out.) History class was about memorization to pass tests so we could move on to the next boring time period to memorize more and pass more tests.

So this is coming from a recovering history-hater. Part of what made this process so interesting was that I didn’t realize I was learning history–it did not feel like history class–or that I was starting to like it. They totally tricked me into it.

I’m not going to try to trick you into it, but here are 3 reasons I think you should give learning history before traveling a shot.

From a recovering history hater...3 reasons you should learn history before traveling.Click To Tweet 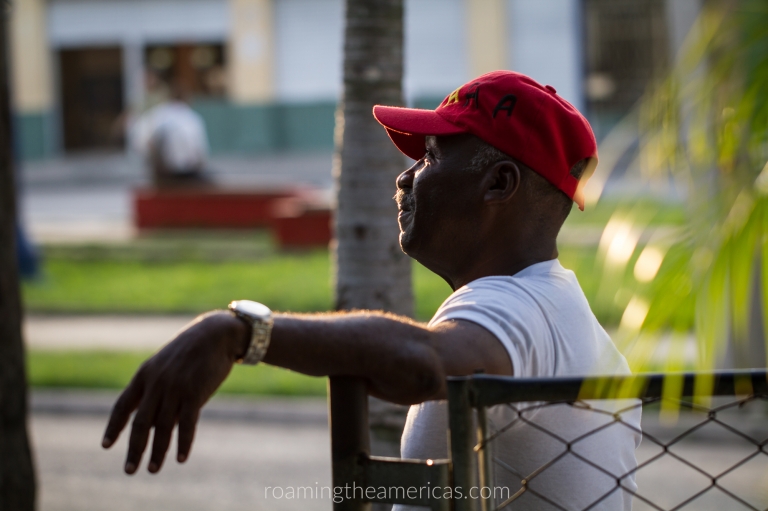 1. It helps you connect with local people.

A few years ago, I traveled to Guatemala during both an election year and a time when a former president was on trial for his part in genocide against the Mayan people during the 1980s. How did I know this stuff was going on? It wasn’t because it was covered in U.S. news (Rigoberta Menchu is not exactly the sensational news story that Donald Trump is, though she is certainly noteworthy). I just tried to keep up with some of the major headlines from a Guatemalan newspaper before my trip.

I had a few opportunities to talk with Guatemalans while I was there, so I took those moments to ask them their thoughts about the election. What did they think about X candidate? Did they think it was a good or bad thing that there were more than a dozen people running for president? What did they think of Rios Montt’s trial?

These are the same kinds of conversations I would have at home with friends about current events in my own country. And these are the things people are talking about on the street corners or arguing about at the dinner table with a distant relative.

So getting a little informed about what’s going on pulls back the curtain and makes you seem like less of an outsider. It lets you in on those “everyday conversations” and gives you something more substantial to talk about than someone’s favorite food or what they do for a living. The point of this isn’t to gain a whole bunch of knowledge so you seem like a smarty. It’s all about learning about a place in order to connect with people.

2. It helps you understand the backstory and context to what’s happening now.

Think about some of the most pressing issues in the U.S. over the last couple of years. One that comes to mind for me is the conversation around race relations.

Now imagine someone coming to visit your home from a remote village somewhere in the world. Someone who has no context or understanding of the history of race issues in the United States–from the big picture of slavery, the Civil War, the Jim Crow South, and the long struggle for both freedom and equality for the African-American community. This person’s understanding of what has been happening over the last couple of years would lack so much of the complexity that exists, and they would probably come to some surface-level, black-and-white conclusions on an issue that is steeped in complexity.

Maybe while you’re in Mexico, you have to deal with long delays while driving due to a protest that is completely blocking a major road. Or in the Dominican Republic, you talk to a young girl who tells you that the Haitians have murdered their Spanish language. Or in Guatemala, you see military checkpoints on major roads.

What’s the deal? It’s almost certainly more complex than it looks on the surface. Learning a bit of the overarching story of a place and people will deepen your understanding of what is happening now in their country.

3. It helps you understand cultural values.

What are some of the values that are important in American culture–the things that most Americans believe are important? Personal responsibility, freedom, and independence are a few that come to my mind. They’re deeply embedded in our culture, and they’re not things that are always expressed outwardly. They show up in our assumptions and are hidden within our everyday decisions.

And they make perfect sense when you understand the basic story line of how our country was founded and our fight for independence.

It’s these invisible parts of culture that can be so difficult to grasp when we’re traveling cross-culturally. Outer expressions of culture–food, holiday celebrations, dress, personal space–are the easiest to wrap our heads around. But what about the invisible elements? What qualifies as rudeness? Or respect? Is it appropriate to let a teacher know they misspelled something on the chalkboard? How is timeliness viewed?

History shapes these cultural values, and cultural values shape history. They’re inextricably intertwined, and trying to understand one without the other will lead to surface-level conclusions.

It’s the invisible parts of culture that can be so difficult to grasp when we’re traveling cross-culturally. #ttot #trltClick To Tweet

So I hope you’ll give it a shot. Start small. You don’t have to write a research paper or read a history textbook for your next trip. Here are 4 easy ways to learn before (and while) you travel:

Most of all, get curious. Ask genuine questions that dig below the surface whenever you meet someone. It’s an incredibly enriching way to travel…and if you get hooked, I give you permission to blame me.

What are your feelings toward history? Have you approached travel this way before? What else would you add to the list? Leave your thoughts in the comments below!

« An American in Cuba: What’s it Really Like?What Is Responsible Travel? »