I first traveled in Cuba as part of my study abroad semester in 2004. This post includes some of my reflections after my 2nd trip in September 2014, just before historic changes were announced by the U.S. government. It originally appeared on Maptia.com.

“I just got back from Cuba,” I’d say, and my American friends would always respond with a bit of intrigue and fearful surprise. At times I feel like I’ve blurted out a bad word mid-conversation, so taboo and foreign the subject of Cuba has always been in the United States. It’s hard for Americans to wrap our heads around what Cuba is like because, unlike Canadians or Europeans or Aussies, we haven’t seen our friend’s vacation photos from Varadero Beach or heard stories of a family member’s tour around Havana. Many Americans haven’t even met anyone that has been to Cuba (although that has started to change), and I think it’s hard for most of us to imagine anything apart from Fidel Castro or cigars when we think about that little island. That, mixed with a picture of oppression and melancholy akin to North Korea, was what floated in my imagination before traveling there.

So I’m not surprised when people aren’t sure what to ask, and it’s hard to know where to start when I’ve felt a place so deeply in my soul.

I’ve met Cuba, I’ve encountered her people and the vibrant culture that lives within them. Though her story is complex and I can’t claim expertise, these are my reflections on experiencing that beautiful island just 90 miles from Florida’s shores.

It’s hard to know where to start when I’ve felt a place so deeply in my soul. #CubaClick To Tweet 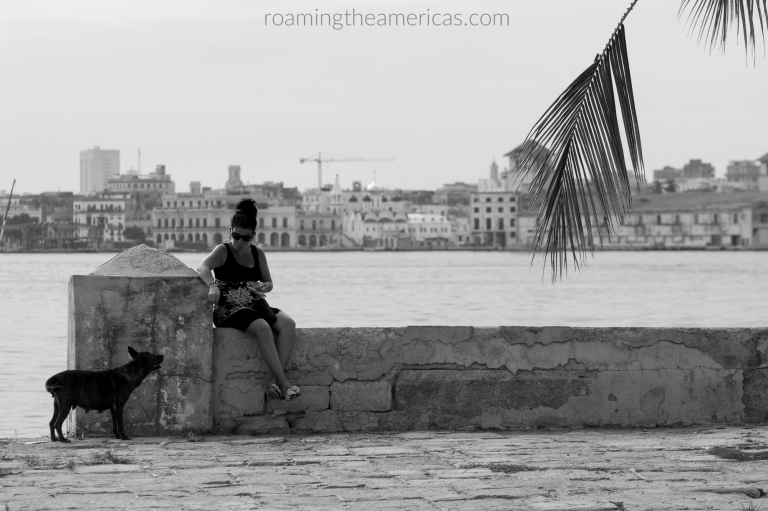 We were on our way from Havana to the southern coast, traveling down an empty highway in a bus far too large for the size of our group. Because not many Cubans own cars, the well-tended roads seemed eerily quiet, vastly different from the terrifying traffic and seeming lack of rules that I’ve experienced in other countries. In Guatemala, barreling around steep mountain curves in a 50-passenger bus with no guardrails on what appeared to be a one-lane road didn’t seem to ruffle the feathers of my Guatemalan companions. I’ve gripped my seat and employed my grandmother’s best passenger prayer, “Oh-dear-Jesus-help-us!” on more than one occasion in multiple countries.

So this ride felt peaceful to me as we made our way down the barren highway, passing a few campesinos on their bicycles, machetes in tow as they traveled to a field to work under the hot tropical sun. When it became clear that our bus would not be making the trip all the way to the southern coast (something about a hose), we piled out beside a surprisingly convenient roadside rest stop—complete with snacks, bathrooms, and plenty of cool shade.

I watched as our Cuban guide and companion for the week, Sandor, made several phone calls to people who would apparently be rearranging any plans they had for the day to come pick us up. Sandor was working morning until evening each day to make sure all of our plans and schedules went smoothly. And though he didn’t look “stressed” with the typical North-American, frantic pace, I could tell that he was working hard, and the pressure was on him to figure all this out.

In the midst of this, he paused for a moment to ask me how I was doing as we started relaxing at the roadside stand.

“Todo tranquilo,” I replied, which was to say, “It’s all good. No worries.”

He responded with a look of relief and, “Gracias, Noemí.” Grateful, I think, that his North American friends were willing to be flexible and embrace the unexpected. 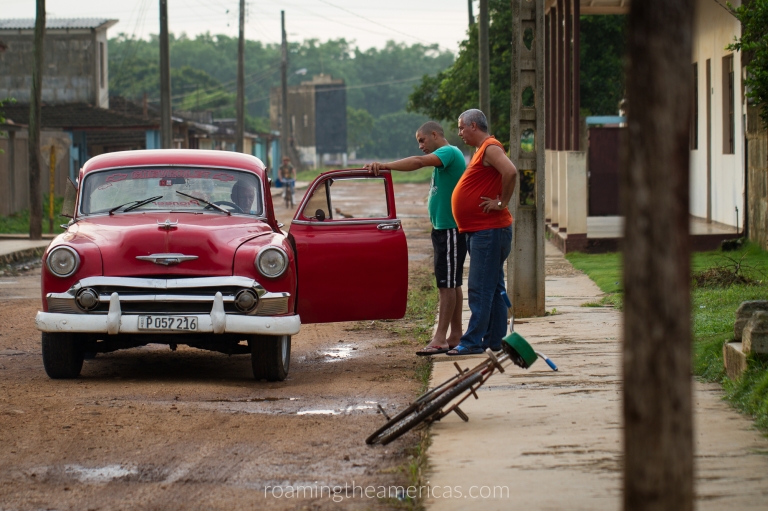 Tranquilo is one of those words that I feel the meaning of but can’t quite translate. It’s not because it doesn’t have a dictionary definition, but because the way it is used in Spanish carries different connotations. Literally, as you might be able to gather, it means tranquil, calm, or peaceful. In the colloquial, though, it’s used to express something more like chill in English. If someone is overreacting or extremely emotional, you might say to them, “Tranquiiiloo,” almost like it’s a verb. “Chill out, man!” Or it could be used in response upon greeting a friend and asking how things are going. “Todo tranquilo”—it’s all good; life is peaceful.

Tranquilo is: men gathering for a game of dominoes, coworkers pausing their afternoon work for some strong Cuban cafecito, or rooftop salsa parties with friends. 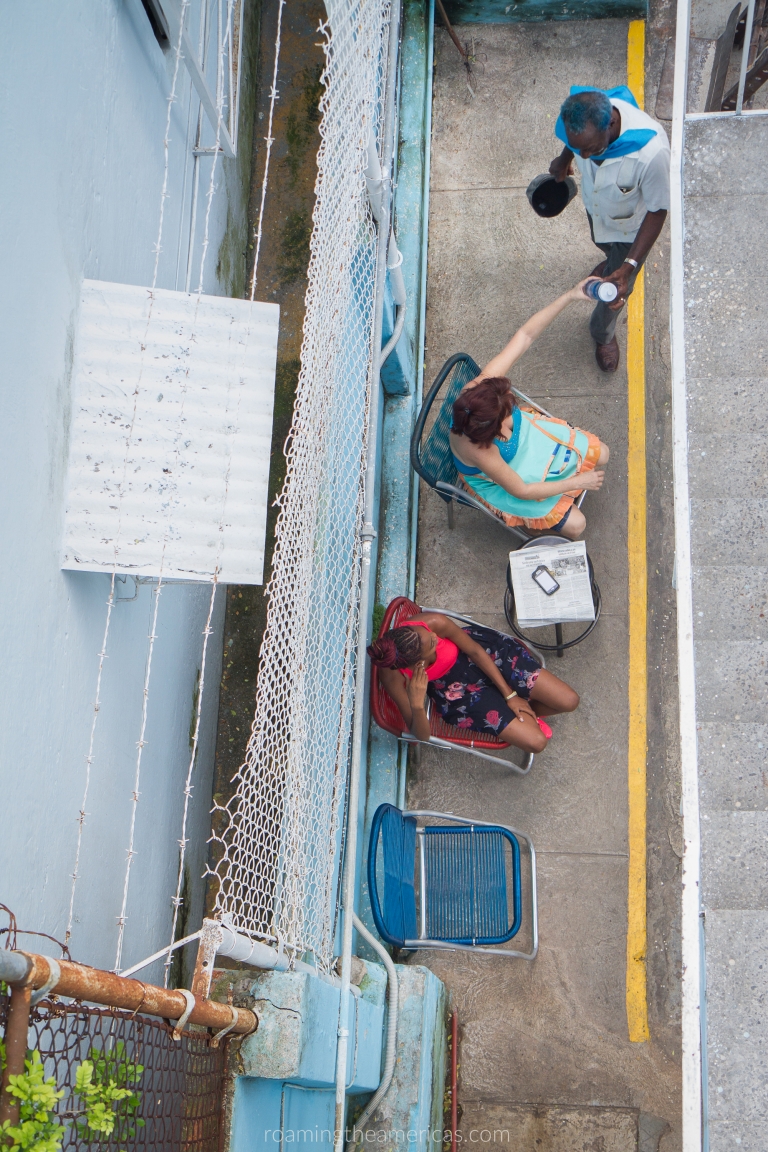 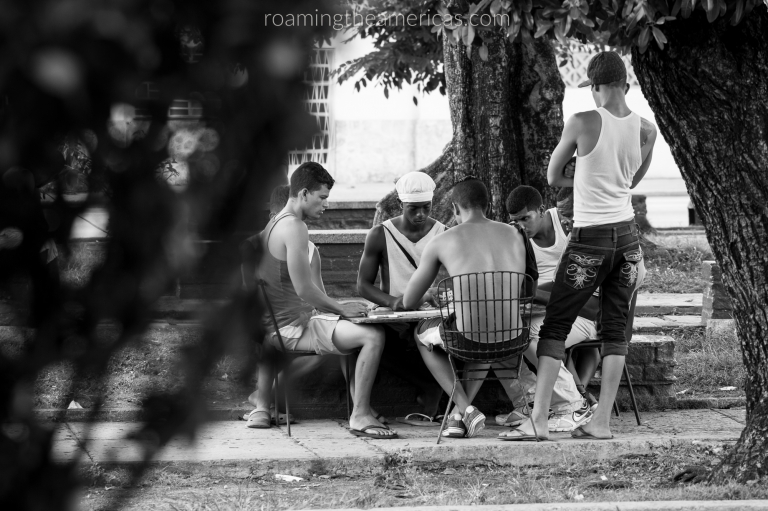 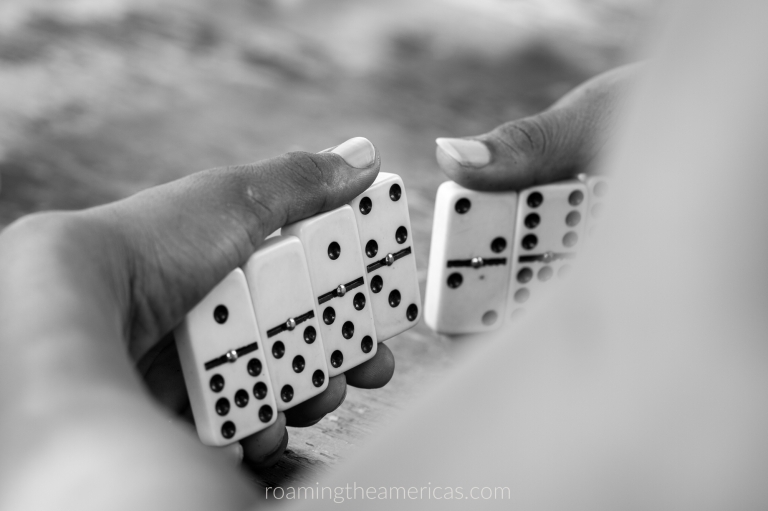 So to say Cuba is tranquilo is much more than saying it’s a peaceful island paradise. It’s deeper—it’s a laid-back atmosphere and cultural attitude, it’s a warmth and openness to strangers, it’s treating someone you just met as a friend and an equal, it’s spontaneity, it’s not being tied to technology and being fully present with your friends.

For me, the malecón most embodies this tranquility. The malecón is the iconic seawall on the north side of Havana. It runs along a busy street and overlooks the Caribbean Sea. Just 90 miles over those turquoise waters is Florida, and I’m certain it has made the perfect contemplation spot for many a Cuban dreamer.

But even though it’s iconic, like the Statue of Liberty or the Eiffel Tower, the malecón remains very much a place for Cubans. It’s not just “the place all the tourists go.” It’s the place where regular Cubans—any night of the week—gather to be with friends and family.

On the malecón, the whole point is to just be. 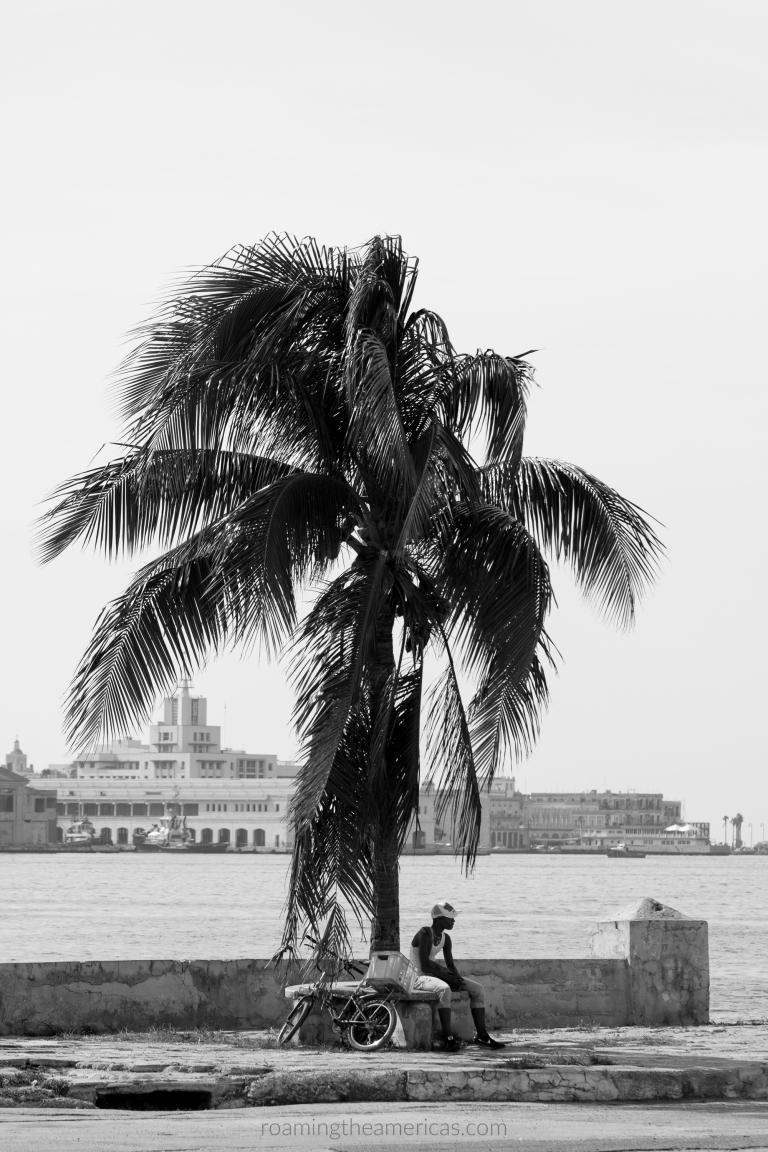 On my most recent trip to Cuba in 2014, I wandered the malecón at dusk with friends as we finally enjoyed some respite from the day’s heat. I shared the sidewalk with parents and their ambling toddlers, girlfriends chatting as they pushed their little ones along in strollers, groups of teenage friends, actors filming a movie, and young couples enjoying the sounds of the ocean as they sat atop the sea wall. We just showed up, like hundreds of others that night.

So if you asked me to tell you about Cuba, I’d fumble over my words, trying to explain something of the paradoxes and the layers and the questions. I’d tell you that it’s unexpected. Surprising. To sum up the essence of my experiences in Cuba is to say that it’s tranquilo, yet far more complex than it appears on the surface. 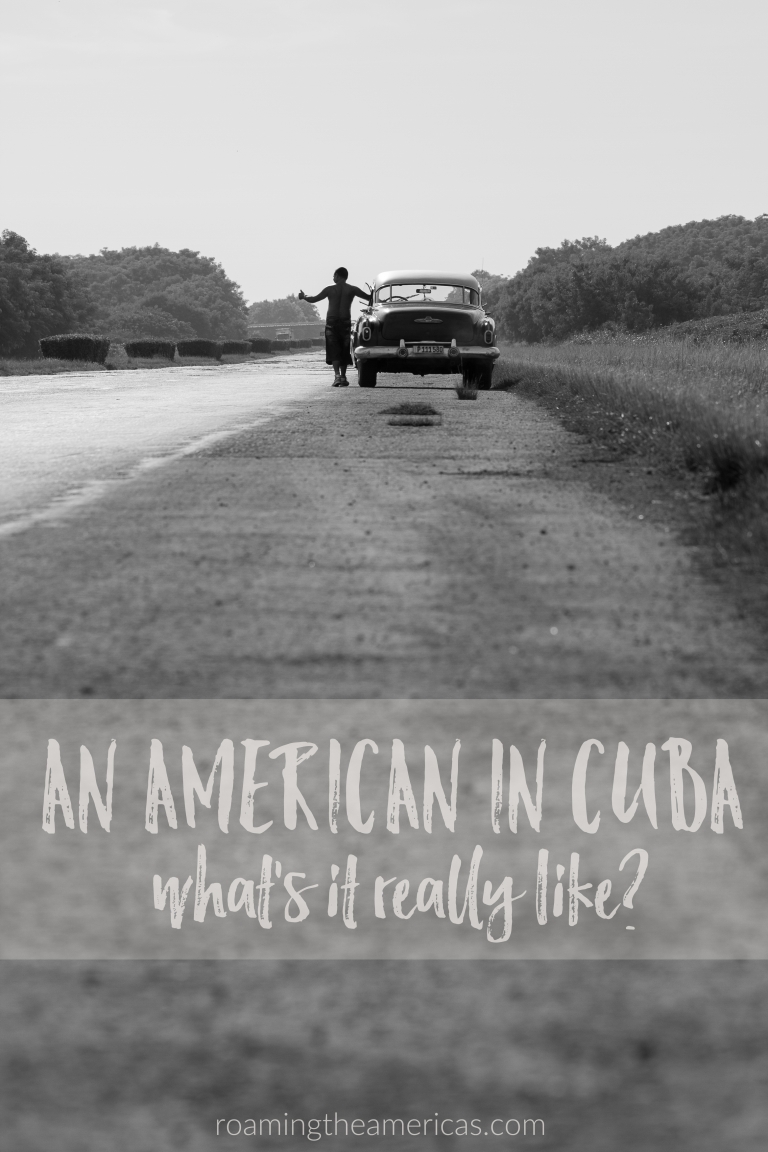 3 Reasons Everyone Should Learn History Before Traveling »