When I first visited Cuba in 2004, I was charmed by its culture, experiencing the allure of nostalgia as I entered a space seemingly void of crushing commercialism. At the same time, I sensed a tension between my romanticized version of the Cuba experience and the daily struggles that Cubans face.

Even before I arrived with my study abroad program, I began to realize that Cuba’s modern history was much more than what I’d heard of the United States attempting to “rescue” the Cuban people from an oppressive communist dictator. Since U.S. citizens had been prohibited from traveling to the island for decades, for many Americans that storyline remained one-dimensional, and I left the island with more questions than I’d had when I arrived. “It’s complicated,” I’d say, when other Americans asked me what Cuba was like. 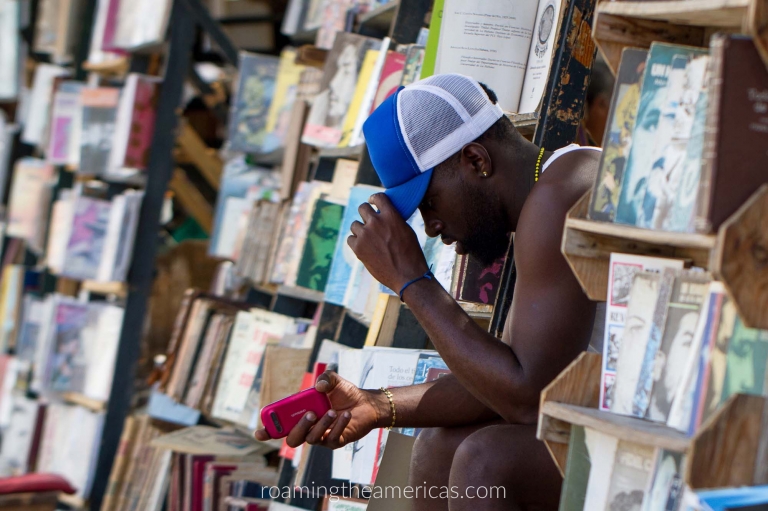 When former President Barack Obama began implementing the policy changes in 2015 and 2016 that made it easier for U.S. citizens to visit the island, traveling to Cuba quickly became a trend, topping lists of “best places to travel” from the likes of Conde Nast Traveler, Travel + Leisure, and The New York Times. While travelers from Europe, Canada, and elsewhere have long known Cuba as a beautiful Caribbean destination, once travelers from the U.S. caught on, international tourism to Cuba climbed almost 18 percent in 2015 and 13 percent in 2016, according to the U.N. World Tourism Organization and the Cuban Ministry of Tourism, respectively.

These days tourism in Cuba is outpacing the rest of the Caribbean. Camelia Gendreau, senior director of corporate communications at Sojern, a company that collects data from travel brands, told Make Change that Cuba ranked fourth in flight and hotel bookings from U.S. travelers among destinations in Latin America and the Caribbean in the first quarter of 2017. In the first quarter of 2016, it ranked 21st.

As interest in traveling to Cuba grows, apprehension about the impact of that tourism is keeping stride. “Everyone is saying to go before it changes,” said Curve Magazine’s Merryn Johns during a recent New York Times Travel Show panel discussion. “But if we go, it’s going to change.”

This is an excerpt from an article I wrote that was published on Make Change. Check out the full story here: Should You Travel to Cuba Before It’s “Too Late”?.

« 8 Places in Maine That Will Make You Forget About the CoastFirst Nations Culture in Calgary, Alberta: A Photo Essay »