“There is an excitement about this neighborhood. You can feel it when you walk the streets.”

We strained to hear the audio coming out of our phones as we walked away from Ben’s Chili Bowl down U Street in Washington, D.C. My friend Mikkel (of Sometimes Home) and I had decided to spend the morning exploring one of Washington, D.C.’s neighborhoods before heading to the National Mall. I hadn’t visited (or even heard of) U Street before, but as I started to research, I was intrigued by its history of being known as the “Black Broadway” and a neighborhood where the African American community had created a “city within a city.”

If you want to explore multicultural history in Washington, D.C. and need a break from the museums and National Mall, here’s why I think you should check out this free walking tour of the U Street neighborhood. 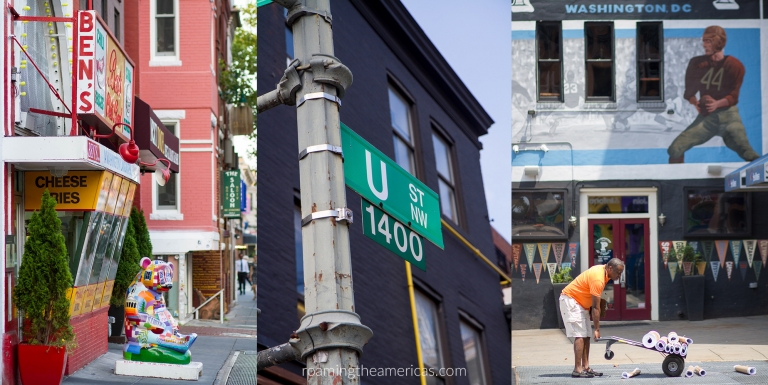 “Who else has walked these streets?” I wondered as I walked. “Who called this neighborhood home? What were their lives like?” I love the sense of place I get from imagining what something once was. When you learn about the people whose lives and experiences filled up the physical spaces that you’re seeing, the inanimate comes alive. Community is something you can’t measure, but it flows across the sidewalks, seeps into the bricks, and sits on the park benches. And they become living, breathing things—full of stories to tell.

It’s why I think learning the history of a place is so powerful.

This audio tour from Cultural Tourism DC promised to reveal some of that history through interviews with longtime U Street residents and narration by NPR journalist Korva Coleman. Mikkel and I continued on down U Street, and then 14th Street, as the city noise occasionally threatened to drown out our phone’s speaker. As Korva told us to leave all our preconceptions behind, let our guard down, and relax, I could already tell that I liked her and the rest of our “tour guides.”

“The U Street Corridor was considered the Black Broadway. It had the restaurants, the clubs, the entertainment.” 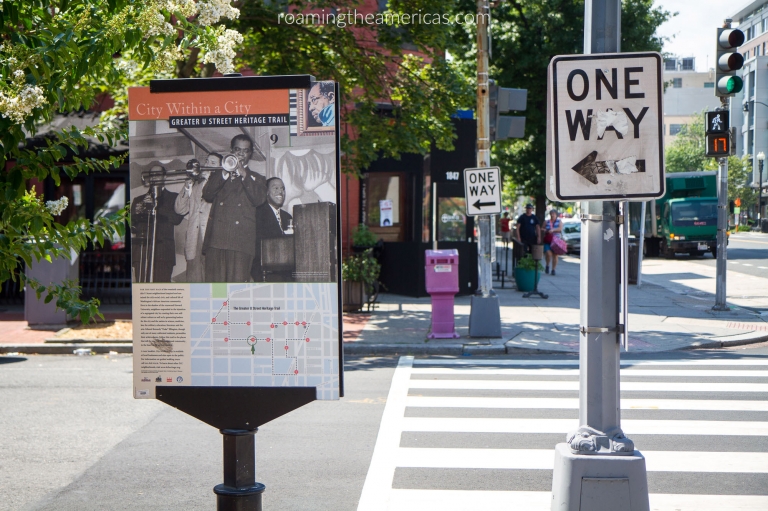 Home to poets, musicians, authors, professors, doctors, and historians, U Street was a place where African American families—some of whom could trace their roots to the free blacks who lived in Washington, D.C. before the Civil War—built a vibrant, flourishing community in the early 20th Century. Until 1920, Washington, D.C. had the largest urban African American population, and U Street was heart and soul the black community in the city.

“Let me tell you something: everybody dressed up down on U Street. You didn’t come down here unless you looked sharp.”

Because segregation was so strict, it meant that people of all means lived together in one community because they had been pushed away from mainstream society, and their own expressions of culture started to emerge. Some say that U Street was even the birthplace of the Harlem Renaissance, the golden era of artistic and cultural expression in African American communities that took place from the 1910s through the 1930s. 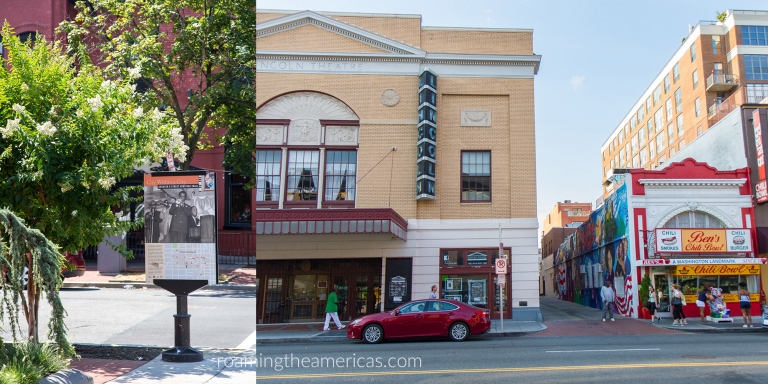 “We as African Americans, we didn’t need to go downtown for nothing. We had everything uptown.”

The walking audio tour explores the Greater U Street Heritage Trail, which is part of the African American Heritage Trail in Washington, D.C., in 2 loops: the East Loop and the West Loop.

On the West Loop, you’ll visit the famous club where jazz legends like Count Basie and Duke Ellington played, stop by the oldest black Catholic church in Washington (and hear clips of their incredible gospel choir), and learn about the contrast between old and new U Street as you stand outside Busboys and Poets, named in honor of the great poet Langston Hughes. You’ll learn about the pain expressed in the wake of Dr. Martin Luther King, Jr.’s assassination through riots that spiraled the neighborhood into decay, and what has happened in the years since.

On the East Loop, you’ll visit the iconic Ben’s Chili Bowl (they’ve even got a vegetarian chili), the African American Civil War Memorial that honors the 200,000 black servicemen who fought for the Union in the Civil War, and the old YMCA building, which served as a home away from home for hundreds of African American men who moved to the area.

The Cultural Tourism DC walking tour of U Street is an inspiring tour that shares the rich culture of this neighborhood—culture that has transcended time and persisted through riots and subsequent decay. The U Street Corridor is a place that, as Korva Coleman reminded us, “has seen the joy of the jazz age, the destruction of the riots, and the hope of today.”

Looking for non-touristy things to do in Washington, D.C.? Check out this free audio tour!Click To Tweet

Where is U Street?

The U Street Corridor is located north of downtown Washington, D.C. and south of the Columbia Heights neighborhood. U Street itself runs from east to west (as do all the streets with letter names in D.C.), and the center of the U Street neighborhood is where U Street crosses 14th Street. The neighborhood itself encompasses many surrounding blocks to the north and south of U Street.

How to Get to U Street

The U Street Metro Station is located conveniently right across the street from Ben’s Chili Bowl and the Lincoln Theater. If you’re going to or from the National Mall area or other D.C. neighborhoods, this is where you want to go to catch the metro. I’m not an expert on the Washington, D.C. metro system (thankfully I had Mikkel with me as a guide!), but making sure you’re going to the right place is as simple as asking. The metro website also has a great Rider Guide with helpful information for newbies and visitors.

If you’re driving in from out of town (as I was), there is parking available throughout the neighborhood. There are places you can find on-street parking, but some of it is limited in time and since I didn’t want to worry about getting towed, I found a paid lot on Parking Panda. (Note: the app made it look like this lot was open 24/7, but it was a bit more “mom and pop” than that and sort of closed at 6 or 7 PM. The man running it was flexible with me when I told him I wasn’t sure when I’d be back and it might be as late as 8 PM, but I recommend being prepared for inaccurate details if you use this app.)

Want more information about U Street? 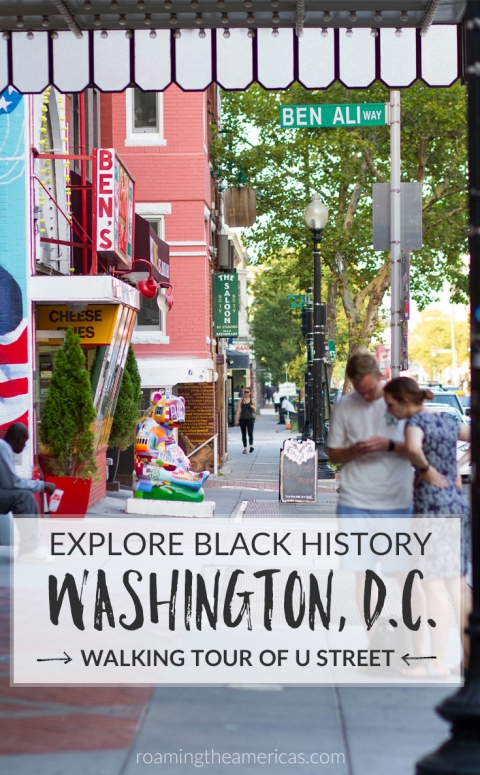 « A Different Side of Canada’s History in Calgary, AlbertaIs it safe to travel to Guatemala? [TIPS FROM LOCALS] »