For example, one friend of mine was staying with a host family in Costa Rica, and her host sister asked her if she wanted to watch The Passion of the Christ. She wanted to say, “Sure, doesn’t matter” in the way we do in English to be agreeable. But instead she basically told her, “I don’t give a crap” in strongly worded language. Another friend, upon meeting his extended host family, wanted to greet everyone with a hug. He opened his arms and loudly proclaimed, “Pobreza!” What he intended to say was “Abrazo!” which means hug, but instead he had greeted them with “Poverty!”

I’ve had my share of mistakes and frustrations, too–from ordering the wrong food to being told by my 5-year-old host sister in Cuba, “Tú no entiendes nada de español!” (“You don’t understand anything in Spanish!”).

When I first arrived in Costa Rica for my study abroad semester, I was missing home and desperately wanted to talk to my family, especially during the first few weeks. One morning, I was eating breakfast with my host family on the patio, and the phone rang. My host sister went inside and answered, and I heard her call out from inside, “…..MÍ!” Naturally, I thought she was yelling, “NoeMÍ!” to me. I rushed inside to grab the phone, and she shook her head with a confused look, but then handed it to me anyway. “Hello?” I said, expecting to hear my family or boyfriend on the other end. Instead, I was greeted by a stranger speaking Spanish…which is when I realized that she had been calling to her mom, “MaMÍ!” Absolutely mortified.

I know I’m not alone in having received those confused looks from people I’m talking to in Spanish. If you’ve traveled much cross-culturally and you’re anything like me, you’ve probably made a few blunders along the way. So I asked readers to contribute their stories of language mishaps and cross-cultural blunders while traveling abroad. Grab some coffee or tea and enjoy these stories full of laughter, a bit of embarrassment, and some cultural reflection. Stay tuned for even more next week!

Have you made any of these embarrassing language mistakes while traveling?Click To Tweet 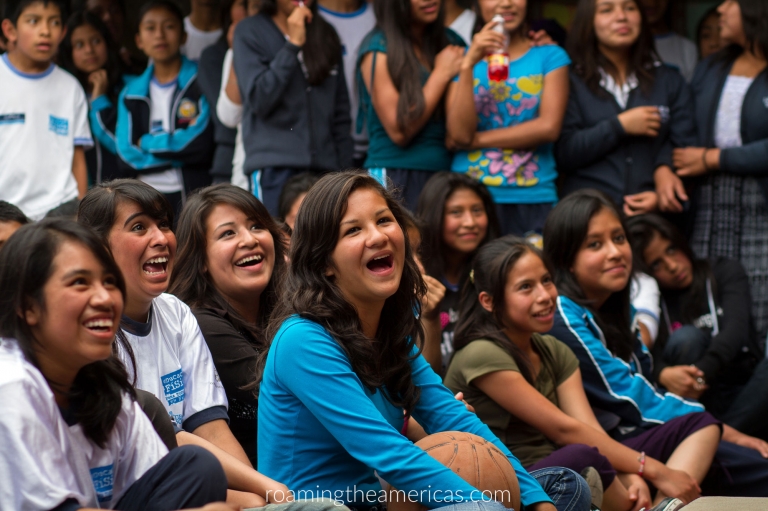 When I was twelve, I traveled to Mexico’s Yucatan Peninsula with my parents. The two-week trip around Mexico was the first time I’d traveled to a Spanish-speaking country, so I was still quite shy about practicing the Spanish I’d learned in school.

One day, while we were in Coba, my mom tried to coerce me into a Spanish conversation with a girl who was about my age. As usual, I shied away from the conversation, which caused my dad to proclaim, “Es embarazada!” My parents and I speak Italian at home. In Italian, the word “imbarazzata” means embarrassed, so it was quite easy to see why my dad might assume “embarazada” to be the word’s Spanish equivalent.

However, it is important to note that, while Italian and Spanish share similarities, some words that sound like cognates can mean drastically different things. When my dad loudly proclaimed that I was too embarrassed to speak Spanish, what he really told them unknowingly is that I was pregnant. My twelve year old self was mortified.

After a guided fishing trip, my dad tried to tell the guide that he needed to pay him. He said, “Tengo que pegarte.” When the guide backed away, my dad asked what did he say? I told him he said he needed to hit the guide. He should have said “Tengo que pagarte.” (“I need to pay you.”) One little letter makes all the difference!

The first time I visited Germany in 2005, I had THE most traumatic experience trying to take the bus. At home in Chicago, we just drop the money right in the coin collector. I guess that wasn’t the case there! The bus driver started yelling at me out of nowhere. I’d only really been learning German for a year at that point so I understood absolutely nothing except the look of “You’re an idiot” on his face. I literally carried that anxiety with me for a DECADE. I finally visited again this past May and was still terrified to take the bus. Turns out I had nothing to be scared of this time around. The driver was nice and everything went smoothly. And my German is a lot better now, too.

I was in Spain speaking with a new friend, trying to explain how my backpack had been hurting my shoulders. I accidentally said, “Me duelen los hombres“–my men are hurting me–rather than “Me duelen los hombros,” and he promptly burst out into laughter. Just goes to show you how one silly vowel can change everything!

When I was in my early twenties, I moved to England from Germany for a couple of months. My brother kindly offered to drive me up there. On the way we had to refuel the car in the middle of the night on the outskirts of Brussels, Belgium. It was one of those automated gas stations with no human operators.

We had no idea how to get gas out of the pumps! But my brother had an idea. Small but broad shouldered and with the walk of a suburban gangster, he walked to the only other person on this deserted highway gas station. Searching for some school French in the corners of his brain, he managed to come up with, “Vous avez un problème.” What he meant to say was, “We have a problem.” But he didn’t remember the declination table correctly and said instead, “You have a problem.” You should have seen the shock on the other guy’s face! We are still laughing to this day whenever we get together and remember this instance of language confusion.

Have you had any embarrassing language or cultural mishaps while traveling? Let us know we’re not alone and share them in the comments below! 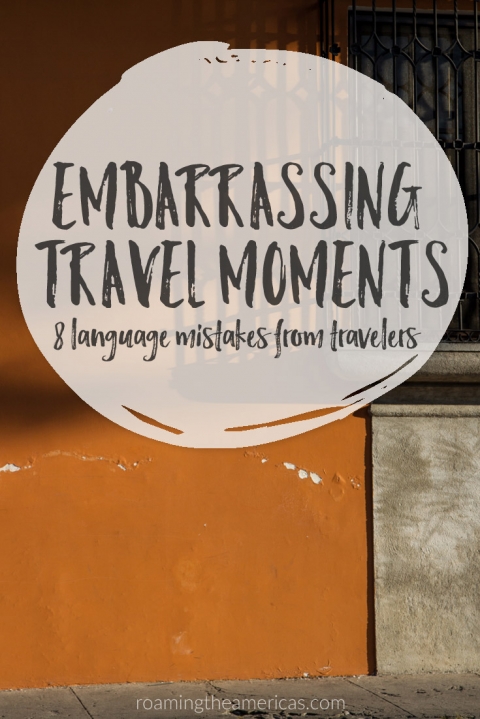 This is Part 3 of a short series all about language and travel–check out the rest of the series below!

Grab the free PDF with 10 Easy Conversation Starters to help spark meaningful conversations with locals! Plus, get practical resources for responsible travel and tips for authentic and respectful travel photography delivered to your inbox each month.