In the first two posts in this language and travel series, I shared why language learning is important for travel as well as over 30 language learning resources and tips. And last week, I shared reader stories of language mistakes and cultural blunders while traveling abroad. And because we all gotta know that we’re not alone in this, I’ve got even more mishaps to share with you today as we finish out this series.

Even when we make mistakes, learning a language still has the power to enrich our travels and help us get to know locals on a much deeper level. So grab some coffee or tea and enjoy these stories full of laughter, a bit of embarrassment, and sometimes cultural reflection.

And remember that—whether you’re a short-term traveler or an expat adjusting to life in a new country—the language learning journey is still worth it!

Even when we make mistakes, learning a language still has the power to enrich our travels.Click To Tweet 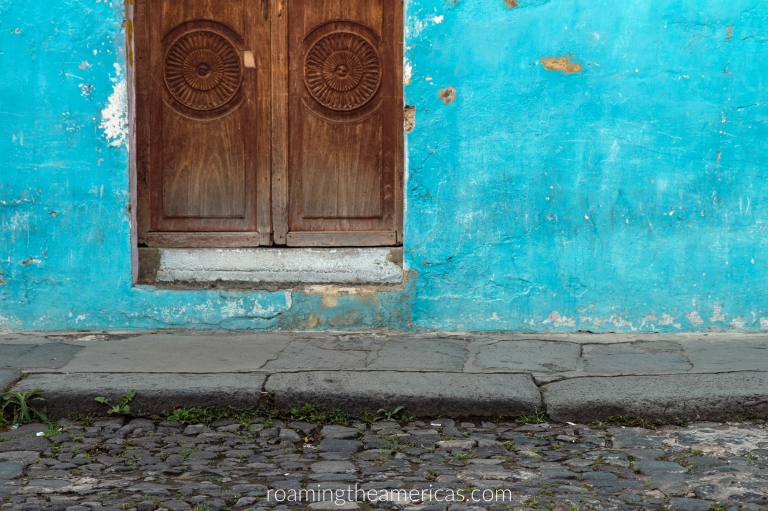 I went to Yemen by myself. I got hungry, so I walked around and found a restaurant. I walked in and sat down, but there were only men in the restaurant, and when I sat down, EVERYONE in the restaurant jumped up and went to stand against the wall. They’re all staring at me and some are talking in loud voices, but I don’t know Arabic so I don’t know what they’re saying. I couldn’t order because of the aforementioned lack of Arabic skills, so I just motioned my hand to my mouth like I was eating. They brought me food, and the whole time I ate, no one ever took their seat. They stayed standing by the wall staring at me, very alarmed. My guess is women weren’t allowed in this restaurant–it was only for men. Ha!

Unfortunately, I only have English in my wheelhouse, though I envy anyone who speaks multiple languages. I suppose I’m still hopeful that middle school and high school French is within me. On a trip to Paris a few years ago I tried my best. I’d usually apologize to the French person I was interacting with (be it a waiter, guide or hotel worker) and say something like, “Bonjour! I’m so sorry I don’t speak French. Do you speak English?” I found everyone did…but it would be unfair of me to assume and start speaking to them in English without my disclaimer.

One morning I must have been feeling extra confident with their native tongue. While lost in the St. Germain area of the city on the way to the D’Orsay (a famous museum in Paris), I luckily saw one man passing by on an otherwise empty street. I recalled a few words from 7th grade and asked, “Où est le D’orsay?” because I was lost. The man was very nice but answered so quickly in French, I had no idea what his response was. I said, “Merci!” and when he walked away I audibly sighed and thought, “Crap. I have NO idea what he just said!” There I was, still lost. I walked around aimlessly until I eventually found another person to ask in English (I learned my lesson quickly!) but I’ll forever recall that story as a little language blunder while abroad!

Feeling smug after one week at Spanish school in Cusco, Peru, I wrote a note to our hostel receptionist asking if we could extend our stay–in Spanish! As she read it, a confused look came over her face. Everything was “correcto,” bar the days of the week–I had written them in English! Pretty vital part of the request, too. We laughed, and stayed longer!

When my now husband (T) and I were dating, we visited Oaxaca, Mexico. T did a mezcal tasting at a local bar, including one with a scorpion in it. The bartender was telling T in Spanish how it would make him very potent *wink wink*. I had no idea what he was saying and instead just smiled innocently as they laughed.

I thought I could seriously get by on my high school Spanish when I was in Ecuador. Little did I realize just how awful my Spanish was and how little I remembered. I walked around saying, “Yo hablo inglés” (“I speak English”) to everyone (trying to ask if they spoke English). What I had been trying to say and thought I was saying was “Habla usted inglés?” (“Do you speak English?”) On my fourth day in the country, a local finally made me aware of my mistake and responded back to me, “That’s great that you speak English, I also speak English.” Oops.

And a bonus one…from me!

While my husband and I were in the Dominican Republic earlier this year, my husband was talking to the waiter about something and made the “Okay” hand gesture that we use in the U.S. When the waiter left, I told him I was pretty sure he just did the equivalent of flicking the guy off, or something else obscene. My husband later tried to explain things to the waiter, but he avoided us the rest of the night. Lesson learned: hand gestures don’t translate!

Do you have any more to add? Let us know we’re not alone and share them in the comments below! 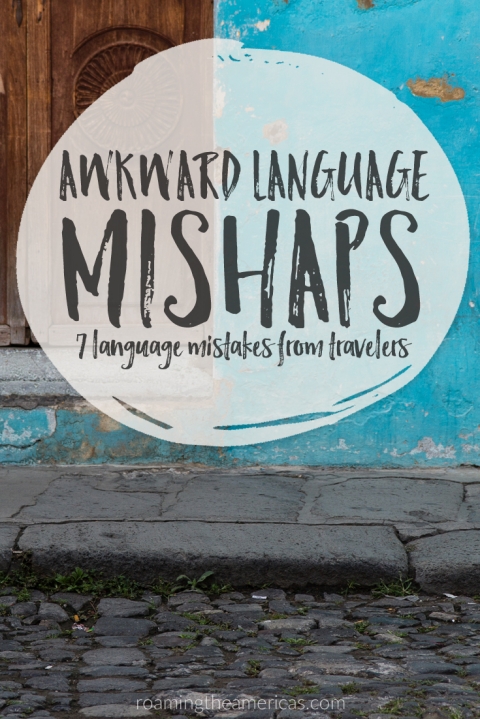 This is Part 4 of a short series all about language and travel–enjoy the rest of the series below!

Grab the free PDF with 10 Easy Conversation Starters to help spark meaningful conversations with locals! Plus, get practical resources for responsible travel and tips for authentic and respectful travel photography delivered to your inbox each month.