How Language Learning Will Transform the Way You Travel

This is Part 1 of a short series all about language and travel–check out all the posts here!

The single light bulb hanging from the ceiling lit the room dimly, making it feel like it was later than it was. I sat in one of the colorful plastic chairs, sweating through my clothes in the balmy night air. I was surrounded by the host family I had just met that week–my mamá, papá, and tío–as we sat in their home on the outskirts of Nicaragua’s capital.

Little Katarín was way past the point of being stirred by our voices and laughter, asleep in her mom and dad’s bed one room away. The room we occupied was half living room, half makeshift bedroom for me for the week, and occasional dining room where Blanca fed me rice and beans till I burst.

We sat together for what felt like hours, in the best kind of way when you’re wholly present and you don’t want the time to end. And our conversation drifted to the topic of language. My papá, Francisco, worked for an international non-profit, and he told me that he had been learning some English. He asked me questions, and I eagerly helped him and asked him questions in return. I told them my favorite—and only—joke in Spanish. “Spanish is the language of heaven.” (Pause for dramatic effect while your audience smiles proudly about their beautiful native tongue.) “Because it takes an eternity to learn it!”

And so began our conversation about which was harder to learn, Spanish or English. We laughed about it a lot, commiserating about how difficult dates and numbers are, asking each other questions about certain words.

That simple conversation on that night in Nicaragua is cemented in my mind, and it will always be a reminder of the power that language has to connect us in deep and meaningful ways.

Language has the power to connect us in deep and meaningful ways when we #travel. #ttot Click To Tweet 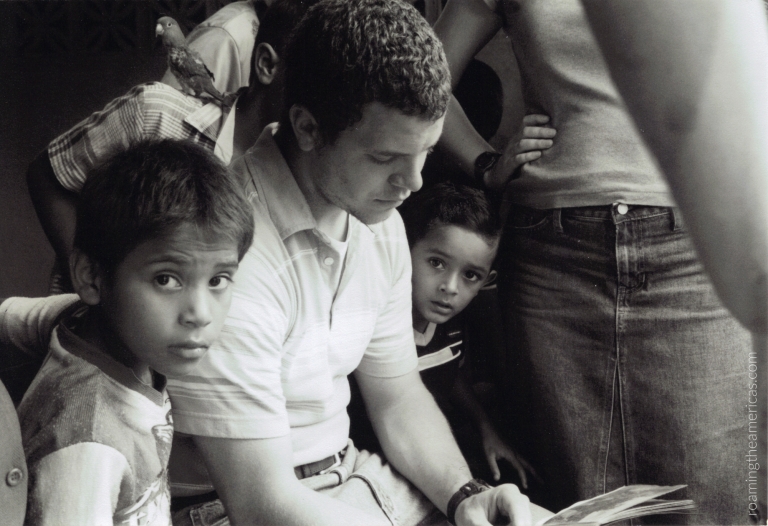 You’ve probably read a “travel tips” article (or 20) that encouraged you to learn some of the language of the country you’re traveling to. At the basic level, knowing some vocabulary words and phrases is super helpful in getting by, especially in areas where not much English is spoken. You can ask for directions, take a cab or a bus, and know what kind of food you’re ordering so you don’t end up with cow tongue soup (uhhh…unless you want to).

You might even be able to eavesdrop, like the time I was traveling with a group from a rural village back to a main road in Guatemala, and the dirt road we had entered on now led us to a locked gate. I listened in as our group leader called someone who apparently had the key, and they let us know that someone was on their way. On a horse. (Eventually, thankfully, they came on a motorcycle.)

But on a deeper level, what’s the purpose of language? And what’s the point of learning more than just a few words or phrases? I realize that I’m kind of a language nerd, and some travelers might not share my love for language. You might be content with a few words or phrases, hand gestures (be careful with that one!), Google translate, or looking for people who speak English.

Is language learning important to you when you travel? #trlt #langaugeClick To Tweet

But I’ll never forget what one of my study abroad facilitators said to our group of 50 college kids from the U.S. who had just been thrust into Costa Rican culture. As we were all struggling through language and cultural barriers during those first weeks, he reminded us that “language is a tool for connection.”

That’s it. That’s why we would study and take language classes and continue to push through the physically exhausting, nonstop mental translations. That’s why our class assignments included approaching strangers on the street to talk to them—in Spanish—about the topics we were learning about. The purpose wasn’t to pat ourselves on the back and claim some “bilingual” title (I’m still working on that, by the way). Learning Spanish gave us the means to go deeper, to have more meaningful connections. It’s a simple but powerful idea.

Language learning is a continuous journey, so don’t be discouraged if you’re not as far along as you’d like to be. We all start at the beginning, and it’s not all or nothing. The more you learn, the more opportunities you’ll have to engage with local culture (an important part of responsible travel). I promise, language learning has the power to transform the way you travel. 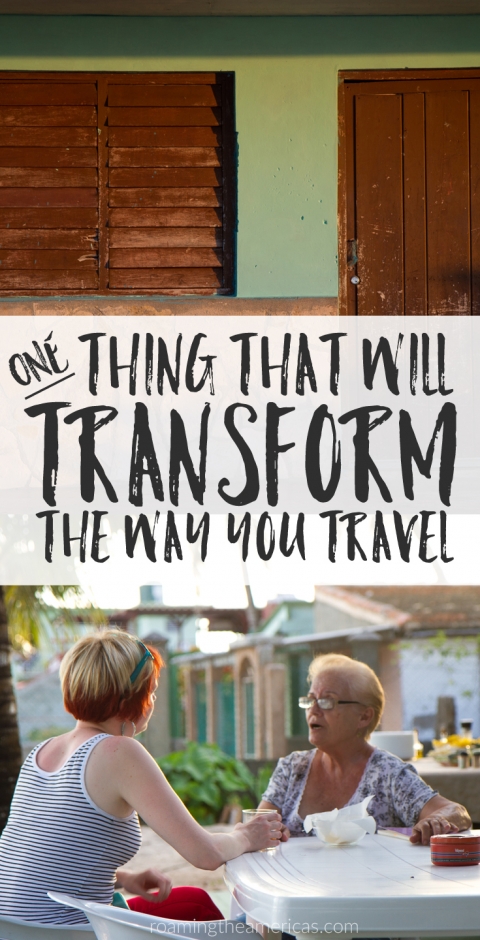 This is Part 1 of a short series all about language and travel–check out all the posts (and more) below!